CARTOONIST FOR THE JAPAN TIMES NEWSPAPER 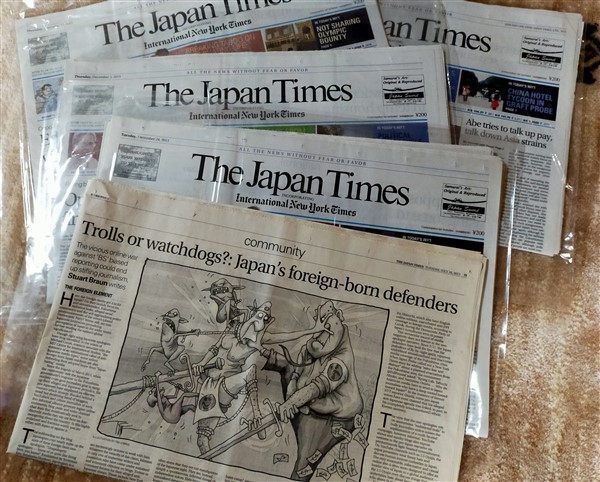 I first started cartooning for the Japan Times in 2014. My cartoons have covered Japanese Politics, Social issues and general humour. My work has featured on the front cover of the Japan Times on many occasions and featured full-size in the community section regularly.